“No one is useless in this world who lightens the burdens of another.”
― Charles Dickens

Our new dining room table is battered and scratched. One of the chair leg rungs has been snapped off. Initials are carved in various parts of its surface, and its previous use was as a workbench in the neighbor’s garage. 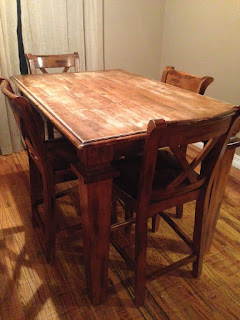 And it’s the most beautiful table I have ever seen.

Yesterday, the kids and I moved into our “new” home. It’s actually about 50 years old (“Even older than you!? How is that possible!?” is how my son puts it. Little turd) but newly remodeled (mostly), cozy, and warm, which is perfect for our needs. I texted four people the time and place we were moving, and 25 people showed up. We had our furniture disassembled, belongings moved, and furniture reassembled in our new home within an hour. People I’d never even met before showed up to help just because they heard someone needed helping.

Half-an-hour later, we had dinner and dessert at our door. An hour after that, the neighbor brought cookies and a warm greeting along with some much-needed temporary paper blinds for our windows. That’s how things work, that’s how things are around here, that’s how the blessings have been rolling in.

All I have to do is joke about how the kids and I have picked out the blanket we are going to use as our dining room table, and a real table shows up at our door a few minutes later, its previous owners apologetic about its shabby condition and me fighting back tears of gratitude.

I eventually lost the tears battle. I kept it under control until nearly the very end, when the last friend was there, she having just returned from the store to bring me toilet paper and plastic utensils, because I had no idea which box hid mine. She thrust a wad of cash into my hand and told me to use it to get some groceries, and I grabbed her and pulled her in, wetting the shoulder of her sweater with my sobs.

So many powerful emotions for that day, and I spent part of the evening cleansing my spirit through tears. I cried tears of pain, gratitude, anxiety, and more gratitude. Overwhelming gratitude.

He spent the moving time in the corner of his closet, also crying, and much of the pain I felt was because I hurt for him. This is not his decision, and he struggles to accept it. He has made choices that have led to this, but he is still a good person, a human being, and a child of God in pain. How can I not pray for him and want peace and healing for him as well as for myself? 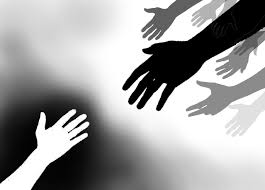 This day was hard for me, too. I wanted to be enthusiastic and positive, especially to show the kids this was a good thing, but my brave face and bright smile were just a little bit duller than they have been over recent days. Moving is physically and mentally exhausting anyway, and, under those circumstances, I gave myself permission to cry a little, to need a little, and to let people lighten my load.

While I’ve been doing really well, and still feel like a brand new person, those stabs of pain still come; those insecurities still pop up. I’m sure they will continue to do so every so often, but that’s okay. I accept the challenge, and I understand that, though I will not allow my fear to control me, it’s okay to feel anxiety sometimes, if only as a signal that it’s time to “gird up [my] loins” and take fresh courage for the test ahead.

And don’t worry, I still have my happy.