Too many bad days in a row. He’s been on the attack too many days in a row. He demands too much. He expects everything from everyone and recognizes the boundaries and feelings of no one. The kids have learned they have a choice. They’ve learned they have a voice. They are making themselves heard. He doesn’t like it. “It’s my turn and I’m in charge,” he texted me. The kids don’t care if he thinks he’s in charge. They protect themselves. It makes him mad.

I’m proud of them, but it’s hard on me. I’m used to giving in to him to calm him down. I’m used to doing whatever it takes to make him happy and make him go away. It wears me out. Even though it’s good for them to stand up for themselves, a tiny piece of me wants them to give in and just go stay with him so he’ll stop. They’re right to stand firm in their boundaries and what they feel is safe. I will never take that from them for my own superficial facade of peace. Their safety and well-being are always top priority and that will never change. They are determined and good and right and I have taught them to be so.

But I started spinning again. I just stopped a couple of weeks ago. I just started feeling centered and started filling in my pieces of me again. But of course the adversary knows that and so sends him in full force in all his harassing and manipulating and angry glory. I got tired and am starting to spin again.

I feel so alone.

But needing other people leaves me disappointed.
I need to need me.

I need me and I still don’t know who or where or how or what she is, really.

In my last therapy session, my homework included making a self-care list of things that I can do and find fulfilling. This has been an extremely difficult task for me to accomplish. I don’t know what I enjoy anymore. I don’t know what I like to do. I know what I should do. I know what I should enjoy. But that’s not authentic. That’s the key for me right now: authenticity. I feel like, before I can figure out what I can do, I need to figure out what I am. That will be my first list. Who am I, or who do I want to be?

Who is M.E.? (see what I did with my initials there)
A list. Of who she is and who she wants to be:

She is confident. She is clever and witty. She has a tongue so sharp she can rip egos to shreds and trample them under her feet.
But she chooses not to do so because she is also kind. But she is cocky in the knowledge that she could.

She is competent and capable. She can do it all, but is wise enough not to try, for sharing the load is what brings people together, helps people learn, and makes her stronger as an individual as well.

She knows what her boundaries are. She maintains them and strengthens them and enforces them. She knows her worth and what she deserves and what is her right. She does not take responsibility for the actions of others, but holds them accountable for it themselves. She has self-respect and understands that if he isn’t going to respect her boundaries and help her maintain them, he isn’t worthy of her.

She is sexy. She exudes femininity in her walk and talk. She emanates power and grace at once. She is confident enough to wear a bikini on the beach but knows she doesn’t need to bare skin to be desirable.

She is fun and funny and enjoys laughing and living. She loves the warmth of the sun on her skin and dirt under her fingernails. She loves to work up a sweat and get scrapes and bruises from hard labor. She loves to laugh until her stomach hurts and sing until her voice is hoarse. She loves to lie outside under the stars and contemplate the meaning of life. She loves to roll down grassy slopes too fast and get grass stains on her pants.

She likes talking to the moon.

She likes making messes and not being organized.

She understands that it’s important to take care of herself first, because then she has more to give to everyone else. She loves to give and to serve.

She seeks out opportunities to be uncomfortable in healthy ways, to face and overcome her fears, to become a better person every day, not because that’s what she’s supposed to do, but because it’s who she is.

She is a fighter. She is a survivor. She is a thriver.
She desires to be one with God and for her will to be His.

I do, I love her. I’m so glad. I forgot her for a minute. I lost her for a bit, again. I might lose her another time in the future. But I’ll always get her back. The things we love and are meant to keep always come back.

Wow, this was so good. Do this. Do this for yourself. Make your she is/he is list of who you are or want to be. You may find, as I did, that who you want to be is already much closer to who you are than you realize.

Now I remember, she is me, and we can fly. 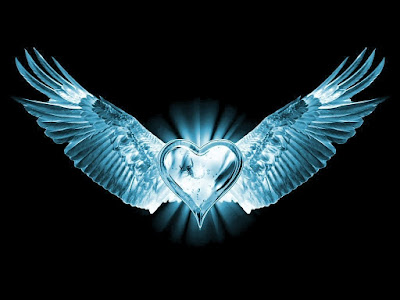